Do You Know Those Signs That He’s Pulling Away From You?

So many women make mistakes by not spotting that something is not working right in their relationship, and they only realize it when it’s too late. But there’s clear signs you can observe next time to figure out if he’s pulling away. That’s the time when a change in the relationship is crucial to stop his withdrawal.

Have you ever experienced that after a happy time together, your man started changing his behavior? You used to spend lots of time together, you enjoyed a lot family events, meetings with friends. But at a certain moment, he started avoiding the events. After a while, he also didn’t have time for you.

Then he “forgot” to call you. He justified his ”memory problems” by spending many hours at work and his tiredness after. When finally you talked, he always seemed to be in a hurry. He was talking very fast and didn’t care how your life was going. With him, everything was simply “Okay”. He didn’t feel like telling you more what was going on around him.

Another time when you met, he was late, and then he needed to leave much earlier for any reason. He didn’t stay overnight as often as before. And sex you had now, became less exciting with a short foreplay. He just wanted the “deed”.

Finally, when you asked him what was going on, he got kind of irritated and replied cold that, “Everything is fine”. However, your intuition was saying something opposite. You knew you had to do something, or he’d leave you.

The faster you notice those signs, and the faster you take action, the bigger chance you have to save your relationship. You simply need to trigger his desire, as you did when you met.

He spends less time with you. He finds excuses to see you not that often as in the past. You can feel he’s avoiding you.

He talks less with you. He is not interested anymore how your day went, and he isn’t talking about his day either, He doesn’t make plans for a weekend. While talking he avoids eye contact with you, like he’s hiding something.

He doesn’t touch you as much as before. You don’t sit cuddling on the sofa anymore. Sex seems less passionate and it’s much less initiated by him.

He doesn’t make jokes anymore. You both don’t laugh that much. He behaves pretty serious. Even a small thing irritates him. There’s more arguments between you both.

“To keep him, you need to make him desire you over and over again” 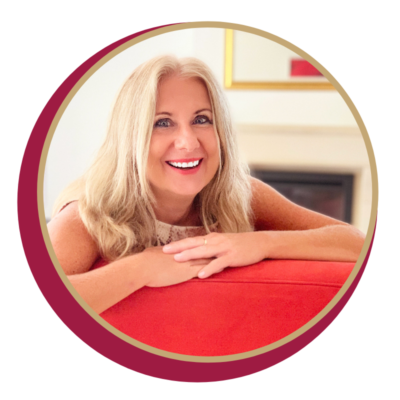 Sylwia Borowy is a Strategic Intervention Life Coach, educated through Robbins-Madanes Training. Her biggest passion is to help other people to live their beautiful lives.